Home
News & Advice
The Importance Of Cybersecurity In The Grand Prix

When we mention cybersecurity, we often think of homes and businesses but never really of sports events such as the Grand Prix. Little do people know that not only is it risky to stream the race live, the race’s dependence on computer systems also make it vulnerable to hacking. Read on to find out why cybersecurity is so important to the Grand Prix.

Formula One broadcasters block unauthorized access to their content, so a lot of fans from restricted geo-locations resort to streaming on unofficial broadcasters. Hackers make use of this opportunity to create fake streaming sites to gather user information and hack into their devices. That is why the safest way to enjoy the game is to use a VPN for Formula One to stream the races from official sources. This network security tool allows you to bypass the geo-restrictions and gain access to official broadcasters regardless of your location. More importantly, it allows you to access content anonymously while ensuring that your data remains secure in sophisticated encryption.

Year after year, car manufacturers, investors, race drivers and stakeholders involved invest hugely into race cars’ development. Incorporated with cutting-edge futuristic technology, these state-of-the-art automobiles are designed to be the best of the best. With so much corporate secrets and intellectual property at stake, Formula One companies fight hard against hackers, as it is not uncommon for competitors or malicious individuals to try and gain access to that information.

Formula One race cars rely heavily on computer systems for diagnostics, performance and monitoring. During a trial or a race, the car must be linked to a network where the pit crew can continuously monitor its systems. This system allows the team to track everything from tire pressure to energy consumption. Unfortunately, as highlighted by Kaspersky, this makes it vulnerable to race cars hacking. The worst-case scenario would be hackers taking control of the vehicle remotely during a race, and while this hasn’t happened yet, there is a possibility.

Formula One is one of the most glamorous sports that is especially popular in Europe. It has its fair share of sports celebrities, and it is not uncommon for them to be hacked. It is crucial for them to use effective cybersecurity measures to avoid these unfortunate eventualities.

As the threat of hacking increases so does the necessity for cybersecurity. The Grand Prix is indeed at high risk of being hacked considering the vulnerabilities of the system. There are also numerous pitfalls targeted at unsuspecting streamers. Cybersecurity is, therefore, essential to cover the weaknesses and eliminate the risks for the fans, sports personalities, corporates and organizers. 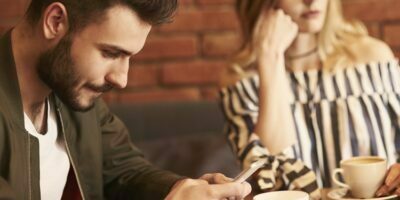