Lower prices
In the past, video devices were expensive to manufacture. Thanks to the popularity of smart phones and other mobile devices that use cameras capable of recording video, prices have drops significantly in recent years. In addition, the cost of storage has dropped as well, and home security systems can use solid-state storage devices that used to be too expensive for most. Finally, consumer networking equipment has improved dramatically, and most homeowners will have a wireless network installed that can be used in a home security system. All these factors have combined in dropping the price of home security systems.

Better quality
Those who remember home security systems in the 1980s and 1990s are familiar with grainy, black-and-white footage that could be difficult to watch. In addition to dropping prices, home security devices now offer significantly better video quality. Instead of having to position devices carefully and hoping that facial features and other important data could be picked up, users of these systems can now focus on optimal placement. In fact, most consumer-grade security systems are superior to many professional-grade systems used only 15 years ago.

Easier installation
Home security systems had to be hardwired in the past, and the cost and hassle relating to running wires for a system deterred many people from using them. Thanks to wireless technology, home security systems can now operate without wires. In addition to easing the process of installing these systems, it also allows users to place systems in optimal locations. Further, better software has made these devices even easier to install than they used to be.

Easy connectivity
One of the advantages of modern home security systems is that they can be accessed through networks or over the Internet. Because of this, users can often view their video feeds while on the road using a smart phone or tablet. Many modern systems offer sophisticated features that allow users to perform certain tasks even while away from home. Parents who are interested in checking in on their children have been using these systems to accomplish this goal.

Remote monitoring
While home security systems have allowed users to let their systems automatically contact professional security experts for years, technology has made it easier to give users more control over what actions are taken. Users can be alerted instantly through their smart phones when an alarm is triggered, and they can automatically alert security experts that they would like the authorities to be contacted. This control was impossible in the past, but it has become standard in many systems today. 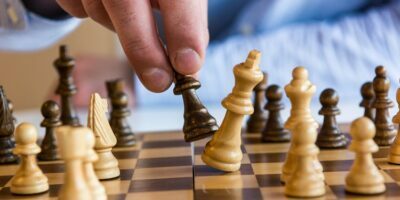